Some of the links below lead to a site belonging to an entity not subject to the Official Languages Act. Information on this site is available in the language of the site.

We invite you to read and reflect on the October 2021 report produced by Martin Maltais on RMC Saint-Jean’s research, its training and its integration within Quebec’s group of higher learning institutions (i.e., universities and CEGEPs). We have created a summary of the 26 proposals and 11 findings to facilitate consultation. Both documents are available here below. Our colleague Mr. Maltais is a member of the Department of Education at the Université du Québec à Rimouski (Lévis campus) and was the advisor responsible for college and university affairs to the Minister of Education. The office of the Dean will draw on this document to help it best accomplish its mission and, by extension, that of RMC Saint-Jean as a whole and that of the Canadian Armed Forces.

The office of the Dean has also officially requested from the FRQ that RMC Saint-Jean be recognized as an institution that can carry out research fund management. Meetings with officials from the Ministère de l’Économie et de l’Innovation du Québec and an analysis of our institution will follow to determine whether we meet the university eligibility criteria. 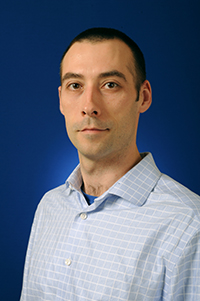 We would like to congratulate Christian Boudreault for successfully defending his doctoral thesis in physics––entitled Hamiltoniens locaux et information quantique en dimensions réduites––at the Université de Montréal. By adding to the sum of human knowledge, as is required of a thesis, Dr. Boudreault has at the same time enhanced the prestige of the Department of Natural Sciences and that of RMC Saint-Jean as a whole. Bravo Christian for all these years of hard work! 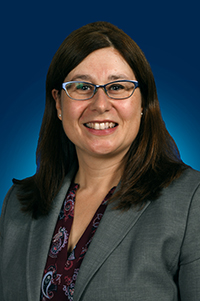 We would like to highlight the appointment of Chantal Lavallée as an associate researcher at the Institut de recherche stratégique de l’École militaire (IRSEM) within the Direction Armement et économie de défense. Chantal will contribute to the international reputation of RMC Saint-Jean. 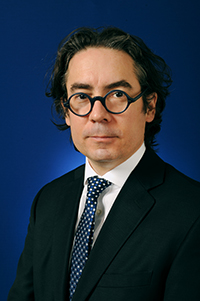 Danic Parenteau is a visiting professor at the Royal Military Academy of Belgium for the winter 2022 session. This military academy, located in Brussels, is a partner institution of RMC Saint-Jean and an active member of the International Association of Military Academies (IAMA). Danic will act as a research supervisor and will give lectures on officer training.

REVIEW OF OUR RESEARCH COMMUNITY’S ACTIVITIES

In October, Mulry Mondélice presented the paper “Canada between the influence of international human rights law and the civilianization of military justice” at the International Society of Military Science conference.

A few days later, Mulry Mondélice presented his work, “Rethinking Haiti, International Law and Diplomacy: Lessons Learned from the UN and the Haiti Cholera Case,” at the 33rd annual conference of the Haitian Studies Association.

Bruno Charbonneau published the article “Counter-insurgency Governance in the Sahel” in the journal International Affairs.

André Simonyi organized the roundtable discussion “Complexity and World Politics: Concepts in Context” and the panel “Thinking the World: Complexity and IR” at the annual conference of the International Studies Association Northeast.

Yann Breault co-organized the conference “Geopolitical Change in the Caucasus”, in collaboration with the C3 Eurasia research group (RMC Kingston/CFC Toronto/RMC Saint‑Jean) and the Network for Strategic Analysis.

Bruno Charbonneau participated in the workshop–conference on security, climate and environment at the University of South Denmark.

Bruno Charbonneau participated in the round table on research in high-risk terrain (Sahel) organized by the University of Sherbrooke.

Bruno Charbonneau organized the FrancoPaix conference on climate security. He acted as a host in addition to being a speaker.

Bruno Charbonneau gave a lecture on “Réflexions sur la transformation de Barkhane” at the G5 Sahel Military College as part of the NATO-DEEP.

Rubicon, the new Francophone platform for the analysis of international issues, mainly security and defence, for which Chantal Lavallée is a member of the scientific council, was officially launched. Rubicon is an initiative of the Réseau d'analyse stratégique (RAS), the Institut de recherche stratégique de l'École militaire (IRSEM) and the Centre Thucydide of the Université Panthéon-Assas and is supported by the Canadian Department of National Defence through the MINDS program.

This long list of research activities does not do justice to the many media appearances and expert consultations of our researchers. Special thanks go to Murly Mondélice, Marina Sharpe and André Simonyi!