Annual review of research activities by the faculty and research funding.

Message from the Commandant 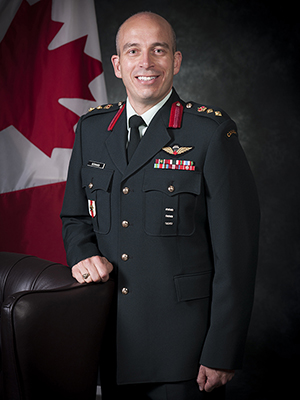 Since its reopening in 2008, Royal Military College Saint-Jean (RMC Saint-Jean) has been striving to re-establish the reputation and status it enjoyed before its closure in 1995. With its high-level faculty that includes several university professors, RMC Saint-Jean is in the process of recovering its well-deserved placed in academia. To achieve our objectives, a three-fold approach was implemented: recruiting high-level faculty, improving infrastructures, and conducting research.

Recruiting high-level professors allows us to offer quality teaching to RMC Saint-Jean officer cadets and non-commissioned members completing courses at the CWO Osside Profession of Arms Institute. Over the years, RMC Saint-Jean relied on the competence of its faculty members and supported them in their continued effort to innovate in research and program development, as our primary objective is to develop our students’ competencies, providing the CAF with officer cadets and non-commissioned members who are ready to face the contemporary challenges of the profession of arms.

Improving our infrastructures was a priority to ensure an environment that is healthy, well-equipped, and conducive to learning. To achieve this, considerable funds were invested and will continue to be invested, whether it be for developing the library, laboratory equipment, or providing classrooms and RMC Saint-Jean personnel with technological tools and equipment.

Partnerships with other institutions also attest to the openness and recognition of each institution’s expertise. An RMC Saint-Jean initiative, the Consortium C3, in collaboration with Cégep Saint-Jean sur-Richelieu, and the Industrial Research Assistance Program (IRAP) of the National Research Council of Canada (CNRC) are but two examples of innovative initiatives implemented by RMC Saint-Jean. We also inaugurated the International Center for Studies in the Profession of Arms (ICSPA) with the mission of contributing to the advancement of Knowledge on the profession of arms for the benefit of the Canadian Armed Forces and its international partners.

The return to a university status that is planned for the autumn of 2018 with an undergraduate degree in international studies is another example indicating that we are on the right path for giving back to RMC Saint-Jean the status it enjoyed before 1995 while continuing to look ahead and create the conditions that will allow our Forces to develop in all aspects. By working closely with our various partners keeping in mind our mission of educating duly selected CAF members in order to instill in them the competencies required to maintain excellence in the profession of arms, there is no doubt that we will achieve our goal.

Message from the Academic Director 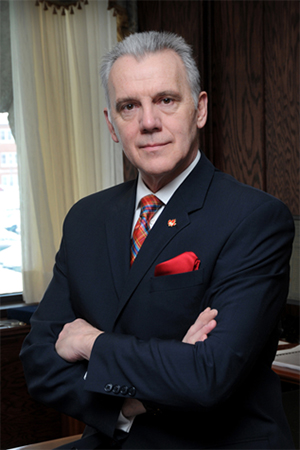 This Report of the Commandant on the research activities and funding of the Royal Military College Saint-Jean Faculty demonstrates the importance of these activities for our institution.

Research contributes to the professional development of the person who executes it, to the reputation of the institution where he or she serves, and to the quality of the education offered, while contributing to the advancement of knowledge in general. The Royal Military College Saint-Jean Faculty provides the best teaching possible to officer cadets and non-commissioned members, but it also contributes to the general furthering of knowledge and its passage on to the scientific community in various disciplines. The grants received are also a testimony of the utility of this research. With the creation of the Internal Centre for the Study of the Profession of Arms at RMC Saint-Jean, research efforts in all areas will continue.

Either directing their own research or collaborating with other groups conducting research, RMC Saint-Jean professors have demonstrated an enduring engagement in the College. The number and scope of the activities contained in this report attest to this fact.

Message from the Acting Dean of Research 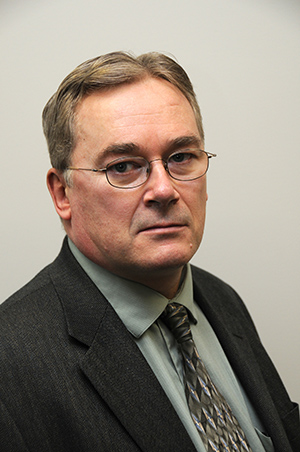 Once again, I am very proud to present the Commandant’s Report on Research that draws a portrait of the main research contributions of the RMC Saint-Jean faculty members. In addition to participating in several research activities, our researchers have conferenced and published in all fields taught at Royal Military College Saint-Jean. This clearly shows our Faculty’s motivation and vitality. This type of work is also a service to the community. Participating in the advancement of knowledge and finding new forms of expression not only contributes to enriching courses taught in class but also to technical advancements and to cultural and societal progress in general, both at the national and international levels, as well as at the regional level, where other projects foster research and innovation in the Montérégie Region. 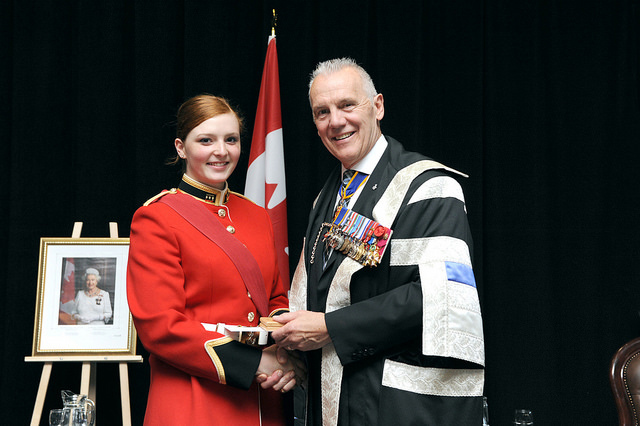 The mission of the Department of Science (DoS) is to strive towards excellence in teaching science courses to the College’s officer cadets, developing research projects, publishing findings in peer-reviewed scientific journals, and presenting results in highly recognized international scientific meetings.

Most professors of the DoS are employed under contracts from Formation Cégep Saint Jean sur Richelieu and three professors are employees of the National Defence of Canada. The teaching staff offers high-quality education and organizes many activities allowing the officer cadets to develop and widen their scientific knowledge. Among others, the Maths & Science Club’s conferences, the annual scientific outing and the integrative activity in science projects present the officer cadets with a rich and diverse menu to an existing high-level academic program.

Professors represent the College by participating in many activities of the scientific and academic community. Dr. Gawiyou Danialou is a leader with the Consortium C3, a group composed of RMC Saint-Jean, Cégep Saint Jean sur Richelieu and the National Research Council (NRC) via its industrial research assistance program (IRAP). Dr. Denis Lavigne has completed his mandate as president of the Association mathématique du Québec on December 31 2015 and has been a weekly collaborator for Canal M’s talk show Les voix de service as scientific communicator from March to June 2016. 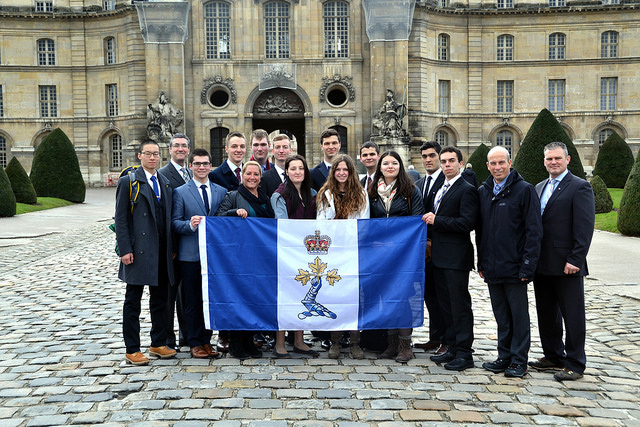 a. Articles published in refereed journals 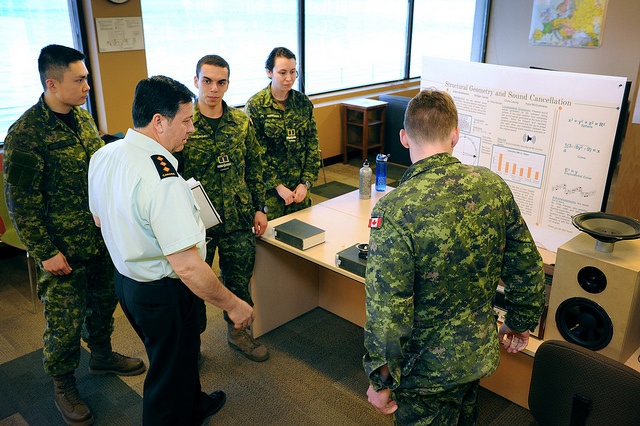 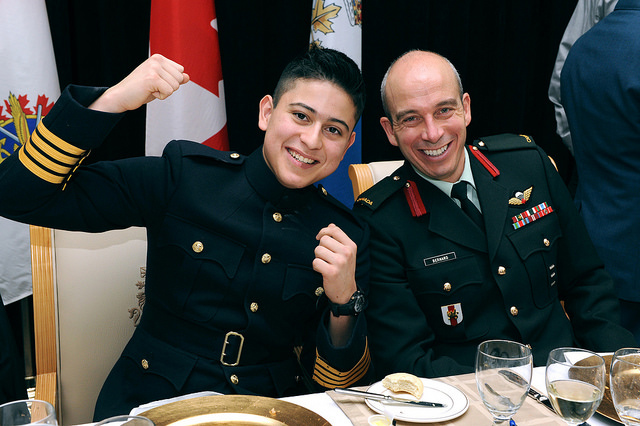 Department of Humanities and Social Sciences

The Department of Humanities and Social Sciences provides officer cadets with the range of humanities and literature courses essential to their education – not only for the completion of the requirements for the Diploma of College Studies and for the satisfaction of the prerequisites for their transition to Royal Military College of Canada, but also towards the objective of developing future officers who possess excellent knowledge of general culture. Emphasis is equally placed on mastery of written and oral expression. In addition to teaching, professors within the department also develop pedagogical material, organize various cultural activities, and conduct research in the following areas: 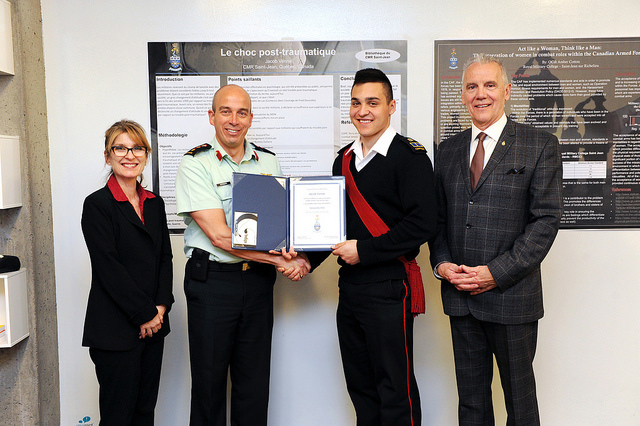 a. Articles published in refereed journals

b. Articles published in non-refereed journals and book reviews

The Language Department of the Royal Military College Saint-Jean offers twenty academic courses in English and French as a Second Language. These post-secondary courses are accredited by Quebec’s Ministry of Education, and Higher Education. Students must pass their language courses in order to receive a college diploma. Prior to the beginning of their first semester at RMCSJ, students take a placement test in order to be streamed in one of five levels of instruction ranging from beginning to advanced. The goals of all language courses are to help prepare students for university studies in a wide range of disciplines, and to develop students’ abilities to communicate effectively as future officers in the Canadian Armed Forces.

All college students in Quebec must take a minimum of two credited language courses: one general course aimed at developing communicative competencies in four global linguistic skills, and one specific purpose course aimed at developing language knowledge, skills, and abilities that are required to discuss their field of studies. The Department also offers four non-credit courses to officer cadets who must continue to upgrade their second language proficiency levels in order to meet National Defense standards.

In addition to teaching, faculty members in the Language Department develop new material, structure bilingual and cultural programs, organize cultural activities and events to promote bilingualism, act as mentors to the students, manage projects, and conduct research, notably in the following areas: 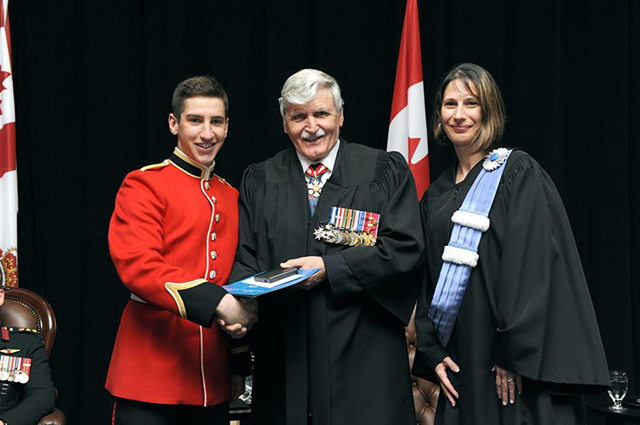 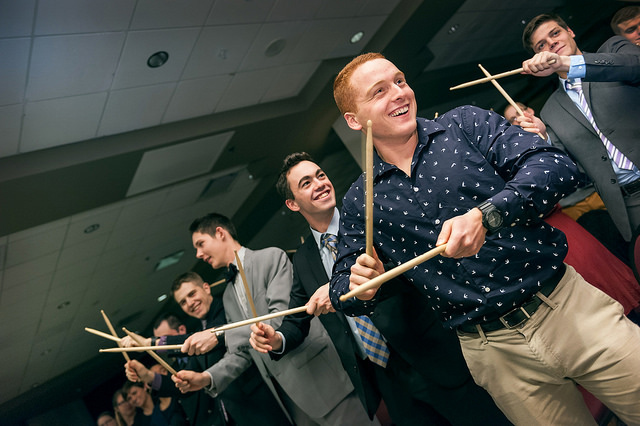 Comprised exclusively of historians and political scientists, research interest of the department’s members initially focused on military history. Research projects led teachers to trace Canadian soldiers in Vimy (France), in Sicily (Italy), in Medak (Croatia) and in Cyprus. These research projects aimed at enhancing the Institute’s course content but also led to the publication of journal articles and the production of a documentary film.

Over the years, the Osside Institute’s programmes content and the research interests of the teachers have evolved. Thus, in developing the content of course and in getting to know their clientele, PMED staff have developed a particular expertise in its main field of focus, being the evolution of the profession of arms and more specifically the professional development of NCMs. Through the years, they have become references for the CAF on these issues which never hesitate to consult them when they feel the need. Consequently, they have been involved in the development of the content for all NCM professional development programmes and have participated in the Strategic Employment Project and NCM 2030 project which demonstrate the important role they play in the advancement of the profession of arms in Canada.

The specific needs of the Osside Institute programmes have also allowed teachers to deepen their knowledge and led to research in fields such as systems thinking, complexification of warfare (women, peace and security agenda,), military sociology as well as ethics. This expertise has been recognized by the CAF.

In addition to their primary responsibility in the education of NCMs, the PMED teachers are also fully engaged in the Royal Military College Saint-Jean’s mission of promoting its national and international influence while supporting other departments of the Academic wing in their tasks toward officer cadets.

b. Articles published in non-refereed journals and book reviews