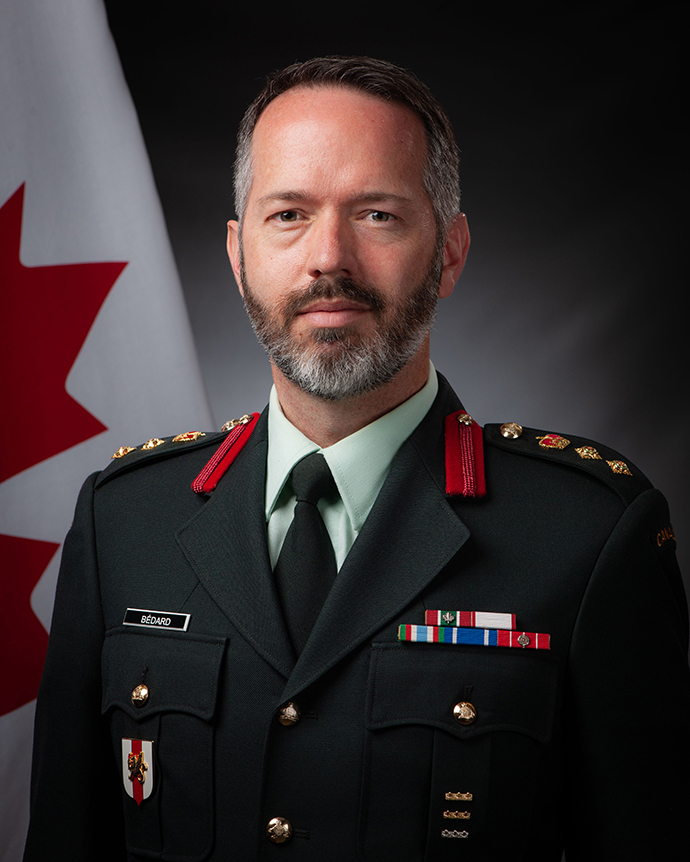 His regimental assignments began in 1999 with the 2nd Battalion, Royal 22e Régiment as an Infantry Platoon Commander then as the Assistant Adjutant. In 2002, he participated in Operation Palladium in Bosnia and Herzegovina. Assigned to the 3rd Battalion, he was an Infantry Company and Admin company Commander. During this posting, he participated in 2010 in Operation Hestia in Haiti as a liaison officer and in 2010-2011 he contributed to Operation Athena in Afghanistan as a mentor to an Afghan Battalion Commander.

During his career, Colonel Bédard occupied several staff position at the Infantry School, at the Directorate General of Military Careers as a career manager and at the Canadian Joint Operations Command in the J5 Middle East section and as the J3 Middle-East. He also held the position of Executive Assistant to the Vice Chief of the Defense Staff at National Defense Headquarters and seminar leader at the US Army School of Advanced Military Studies.

In 2016, he took command of the Canadian Forces Leadership and Recruit School in St-Jean-sur-Richelieu until 2018.

Colonel Bédard holds a bachelor’s degree in Military Studies and an a Master in Defense Studies from the Royal Military College of Canada in Kingston, as well as a Master of Arts in Strategic Studies from the US Army Command and General Staff College.

He is married to Martine Geoffrion and they have two children, Alexie and Thomas.